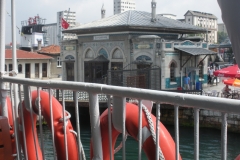 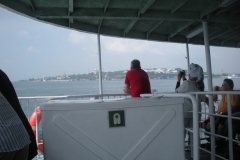 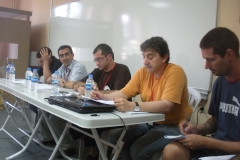 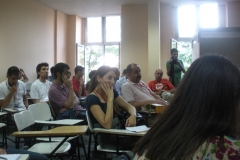 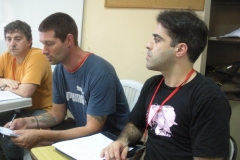 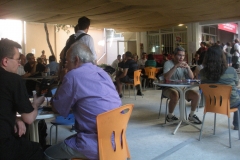 Great!
And a coincidence that this is promoted by women?
Not possible to do in all workshops but a very good example of how to involve more people in our activities, how to construct something collectively, bottom-up.

Great to see the workshop so clearly described, the concrete methods used. The exchange of methods is in itself very vital, and ofcourse an important example of how to have workshops in different ways, involving.

I saw Mariangela’s video (see link above if you missed it) on the techniques that were used in Istanbul for the migration and education workshop. Unfortunately I could not be there, but the intention of the workshop was, from the start, that of having a space free from the usual dynamics of ‘we talk, you listen and ask questions’ to try to have as much as possible a collective effort that would be practically useful and jointly built.

I think it would be really useful to have a discussion and some feedback (especially from the people who were there) about this way of working: what did you think of it, what was good about it, what could be improved, what other ways could there be, and so on. This could be useful not just for our network, but also for all the other networks, to try and move away from the ‘traditional’ way of doing things and find alternatives that actually reflect the ‘different world’ we would like in the practices we use.